The Gaja family's winemaking adventure in Etna, Sicily - a land capable of producing wines as elegant as those of Barbaresco and Barolo...

Etna is not just a volcano: it is a mountain that originated over hundreds of thousands of years of lava eruptions. The Sicilians attribute a female nature to it, a strict yet generous mother: the reason why they call it ‘IDDA’, which means ‘SHE’ in the Sicilian dialect. IDDA is pure energy, it is a land where every fruit ripens with many different nuances.

IDDA is also the name of a joint venture involving two families, Gaja and Graci, an adventure that began in 2016 on the highest active volcano in Europe. A winery founded to explore the southern slope of Etna, with the purpose of searching for vineyards that express elegance and complexity thanks to the nature of the soil and the sunlight that characterizes these places.

Today, the winery owns 20 hectares of vineyards, between 600 and 800 meters above sea level, in the villages of Belpasso and Biancavilla. The grape varieties currently cultiuvated are Nerello Mascalese and Carricante. Other vineyards will be planted in the future. 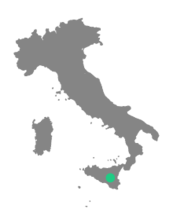