‘Labor omnia vincit’ is the motto for the tenacious and dedicated owners of the Fattoria Mantellassi located in Magliano, Tuscany.


In 1978 Fattoria Mantellassi played a key role in obtaining DOC (Denominazione di Origine Controllata) recognition for Morellino di Scansano wine. Mantellassi is considered one of the most prestigious Morellino producers. 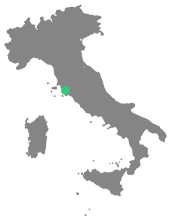